I Think We Should Break Up 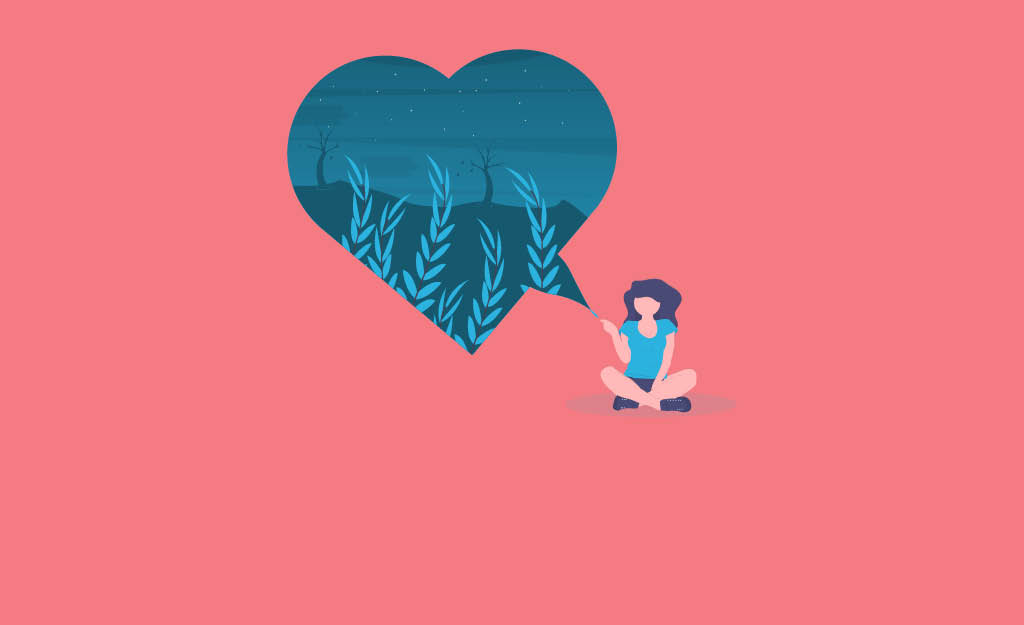 At almost the finish line for 2020, I have been thinking about what message we ought to sign off with. In such a big year, there has been an awful lot to unpick and there have been many victims of the economic crash that has affected our industry so mostly I just want to congratulate everyone for survival. While some of our clients have had the biggest year in the history of their businesses, for others, the heroic task of simply keeping doors open and serving clients this year is to be commended. Yet it often isn’t commended – it often feels like a failure because in real estate the self-worth of an agent has somehow become inexorably tied to the notion of GCI.

GCI as a measure of real estate success has its problems, which I will discuss further but GCI as a measure of self-worth is dangerous and it is why I think we all need to break up with the notion that GCI is the magic number that determines if we are good or not good.

On the subject of feeling better about ourselves, one of the proudest moments of 2020 for us has been contributing to the industry collective that created and launched the REALcare App. The REALcare App is a FREE wellness app that offers features to help agents and their families budget better, sleep better, eat better, breath better and if things really need to improve, there is one touch call to crisis support for the right help in your state any time you need it. There is no cost to download or use the app as it is fully funded and all of your data and usage is 100% confidential. Download it, use it, share it with your colleagues and families from here for Apple and Android Devices: https://riseconference.com.au/realcare-app/ Now back to our break up with GCI. This is an article that Sarah has previously published on LinkedIn (republished with permission,) and it formed part of some university research on the impact of financial motivators on human performance. It seems simple enough that you can put a carrot in front of a donkey and it will work but the human brain is far more complex than that of a donkey and the research appears to support a move away from this type of reward as a focus for agents.

GCI (Gross Commission Income) is the financial barometer used to measure high-performance or success in real estate sales. The industry has normalised the notion that monetary reward and financial outcomes are the goal of a successful real estate agent, with GCI is the accepted index for success. But where did it come from; is it an effective motivator for long term high achievement; and is it the best way to define or measure ‘success’ in the listing and selling of property?

In 1911, Frederick Taylor wrote a treatise called Scientific Management in which he argued that people were primarily motivated by financial reward. The sales sector of the industry has embraced this, particularly in what Taylor would call piece-rate pay structures. Piece-rate pay structures include bonus, commission and incentive-based salary packages. These packages directly link financial outcomes to achievement.

Henry Ford of Ford Motors was a huge fan of Taylor’s Scientific Management and the Ford Model of production was born in the Ford Factory at Dearborn in 1913 with the inauguration of the assembly line (Faigley, 1947).  The assembly line gave workers repetitive but specialised mundane tasks and tied financial reward to productivity. The result of the Ford Application of Scientific Management was that productivity went up and at the same time the costs of unit production went down. Reward-based outcomes became the focus of work and remuneration and management were geared towards achieving the outcomes. Blue-collar workers were paid high wages based on their output and the Fordist dream was realised: to create a motor car that everyone could afford and to create workers who could afford it (Hendrickson (ed.) 2015).

The only problem was that under the Fordist application, job satisfaction declined and our understanding of company went from its traditional inception of co-operative efforts and success-in-company; to broad industrial unrest and the resentment of “the man” for the financial gains made off the back of mundane, boring, repetitive individual toil (Knox and Pinch, 1982). Although this system of work and management is possibly responsible for making the workforce of the western hemisphere less happy, the decrease in work fulfilment didn’t diminish Taylor’s theory of Scientific Management because one of the important principals of the theory was that work was not naturally enjoyable, that workers needed only financial motivation and close supervision to ensure that outcomes are achieved (Taylor, 1911).

The success that Henry Ford (and other early industrialists) had in implementing Taylor’s theory of Scientific Management, whether we know it or not and whether we like it or not, underpins the model that we have for selling real estate – based on the external motivation of financial reward; and using GCI as the metric for comparison and benchmarking. Non-incidentally GCI is an incredibly peculiar metric for the measurement of success because it is a gross indicator and defies true comparison between different markets and business models. The ‘gross’ indication it gives, creates false profits and false prophets.

“If you want to be a million-dollar agent – you just have to want it.” True enough, but it is the implication that anyone becomes a real estate agent and “wants” to be poor that isn’t quite as true.

There are high-profile and low-profile members of the Australian industry who do turnover in excesses of $1m in GCI per year and some suggest that the new benchmark for the mega-successful is now in the zone of $ 2-4 million dollars in GCI per annum. Notwithstanding these high performers, median research from payscale.com places the average real estate agent in Australia with a gross annual salary, including commissions and bonuses at $48,956 p.a. (in 2015). The career advice provided by Open Universities Australia to its students is that as a real estate salesperson, the average time expended at work is 45 hours per week.

Here is another interesting comparison. Based on the figures above, there is an ‘average’ pay rate of $20.92 per hour for a real estate salesperson while a barista has a full-time award rate entitlement of $18.47 per hour according to The Fair Work Commission (although an independent international survey by Sprudge.com has Inner-Sydney Baristas earning over $40.00/hr). Given that most Real Estate salespeople will also have the expense of their own car and mobile devices in many instances, at 45 hrs/week it would not be a stretch to suggest that the average real estate salesperson is a member of the hard-working poor.

The financial rewards are available and the GCI of the hyper-successful industry elite do prove that. So why is there such a disparity between the ‘average’ and the high-performance agent? Perhaps it is because external contingent motivators – like financial reward that relies on other’s people’s decision-making is, not surprisingly, very de-motivational.

When the motivation and financial rewards are there to be had we have to look at why the “motivational” commission-based structures and GCI benchmarking do not result in a more-frequent duplication of the high-performing-high-GCI sales agent narrative.

In 1932, Tolman published some breakthrough research which outlined the very good reasons why piece-rate pay structures and gross income benchmarking do not work well in industries like real estate. It is important to note that, in principle, he agreed with the concept that people will work towards goals that will let them achieve their desired ends – he just argued that financial outcomes were only effective in narrow circumstances.

Tolman’s research importantly identifies that certain factors had to be present in order for Scientific Management to effectively motivate people to achieve better outcomes:

If we can now accept Tolman’s premise, there is an issue with GCI as an effective motivator because the activities that generate revenue in real estate are neither certain to produce it nor completely within a salesperson’s control.

Lofty GCI targets remain an external motivator in the form of a contingent financial reward throughout the real estate industry. External motivation as a driving force has been robustly tested in the context of both work and learning and it is not surprising that both financial reward and ego involvement represent external forms of human motivation that are “pale and impoverished” (Ryan and Deci, 2000). It cannot be a surprise that these do not convert as long term motivators that sustain the majority of salespeople.

The best agents with long term success, in all its forms, recognise that financial rewards are only meaningful when they are net measurements and that they are the by-products of the right activities, the right attitude and the right belief about the work that they do. Science says that you need more than money to make more money.

It is why our mission for RiTA is to help improve the agent experience and the experience of real estate for their (your) customers. We’ve proven that we can leverage the power of data and artificial intelligence to generate opportunities and leads – but the bigger mission of how we can improve that experience is a constant process. We’ve been working on some pretty big ideas about how to achieve that in 2021 and we look forward to bringing those to you in the new year.