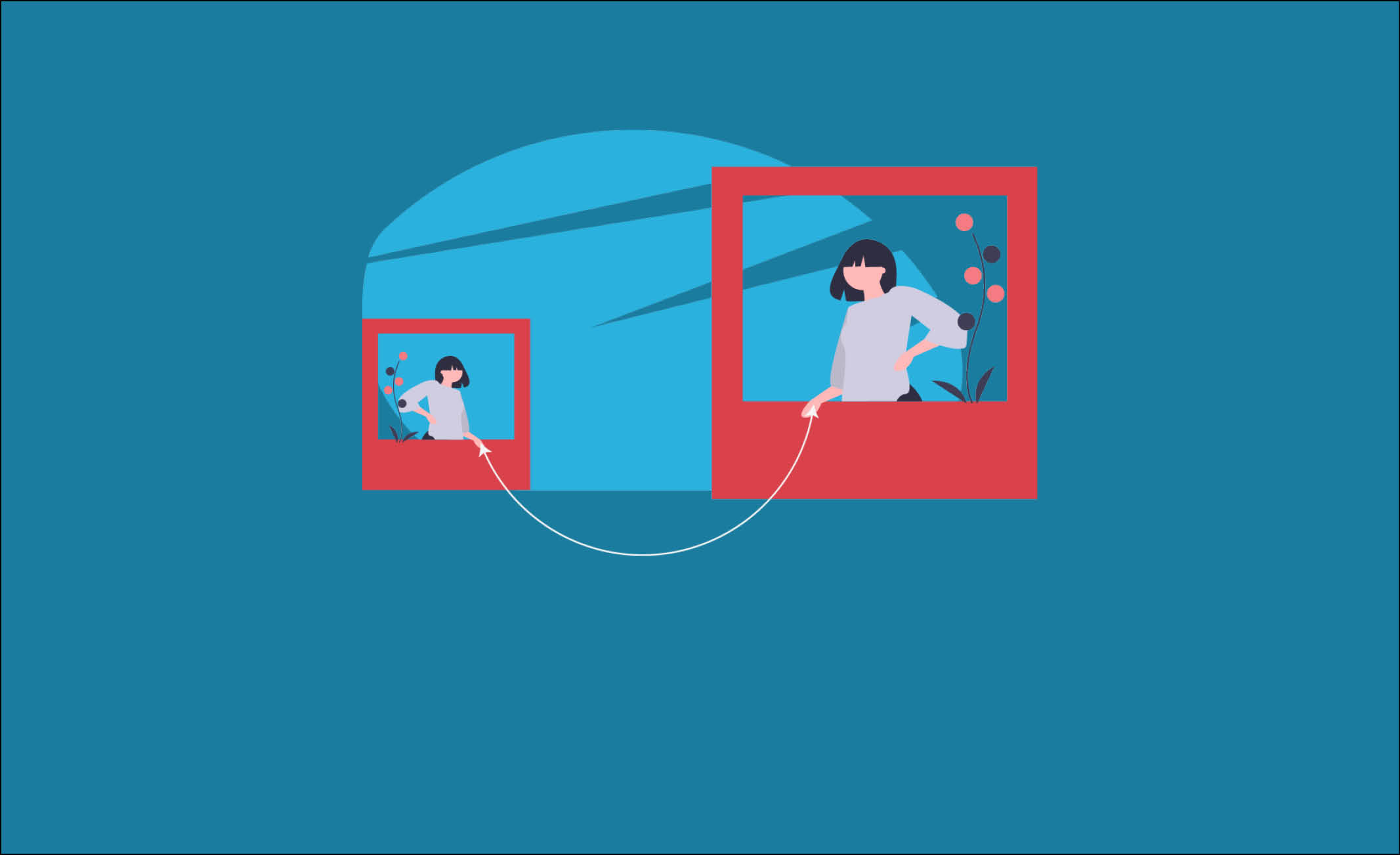 When I tell people that a big part of my role at AIRE is the behavioural study of real estate agents and organisations – there is a mixed reaction. I married into real estate after a career as an analyst (research and investigations); and found myself fascinated by the optimisation problem in real estate. We work every day at AIRE to resolve the optimisation problem in real estate using the transformative power of artificial intelligence and automation, primarily through our digital employee, RITA.

We thought we would share just a couple of our findings to help humans get the best out of themselves and the other humans around them.

Essentially, the optimisation problem boils down to this inescapable truth. Real estate agents deliver professional service, personally, and their personal capacity is not able to scale. Agents (including property managers) have a fixed capacity of TIME. On average, real estate agents work 43.6 hours per week – and that is fixed. Try as we might, you simply cannot create more time. Further complicating the issue is that we cannot control the demand on that time from customers: as inbound requests for service and information come in, that time is allocated to reacting as a matter of urgency, and at times that can leave little time for proactive work. Not only is the demand on an agent’s time uncontrollable, but it is also radically fluctuating – making it hard to predict or resource HOW to spend your time.

We have studied this extensively, using the automation demand on RITA’s response skill. Here is how it fluctuates over a couple of week period working for an agency in Brisbane.

If you can imagine the toll it takes on a human to stretch-and-catch-up across this rollercoaster of demand, you start to get an idea on how difficult it is for a human resource to do anything else than absorb the fluctuation. This is why we leverage Ai – a technology that can scale.

Yet, for everything that Ai can do to put the right job in from of the right person at the right time and for the right reason, in a professional services industry determined to keep the humans relevant, there is still work to be done by the humans.

And for all of that work that remains the domain of the human, the problem still exists: We can’t scale humans. But can we optimise them?

The optimisation question has, until now, been addressed with one of two approaches. The first is to ‘hustle’ which is a fashionable lifestyle that basically boils down to working both harder and longer. We have already seen that the average agent is working well above the standard work week…working harder in an unoptimised way is unsustainable. (If you need any further evidence of that, check out The Revive Project.) The second, is to reconnect with a ‘purpose’, that is supposed to be of greater rational importance than the work itself – therefore motivating the human, rationally. This second approach can be boiled down to ‘wanting it more’.

If either of those approaches worked…we’d be doing a lot better than we are, collectively, as human service professionals. But none of the behavioural drivers of humans are that simple.

No, we modern anthropods, walking around in 2019 have a complex mesh of ancient biochemistry and contemporary social drivers that cause us to act or not act, in work, depending on the scenario.

So here are some of the variables that drive human behaviour, as applied to real estate. When these all come together, you start to understand that the way humans act and interact is a much more complex ‘game’ that requires gamesmanship (gameswomanship) of much greater cunning than simply working harder or wanting it more.

Here are some of the prevailing theories that drive our research into The Optimisation Problem – how do we get humans to do the most work, that is the most productive, in the time they are at work. Every time you make a statement, or hear one, that says ‘real estate agents are (insert generalisation)’;  know that you are making a critical data error – the same one racists make when they generalise about people on the basis of skin colour. By grouping people together and deciding that they have some shared characteristic (disposition), that prevents them from doing something that you think is achievable; you’ve lost the scientific method to your assessment.

Real estate agents are dispositionally, that is individual, unique from one another – there is no such thing as a ‘typical’ real estate agent, and even if there were such a thing the group that is the subject of an attribution error are usually over-criticised.

In fact, in making an Ultimate Attribution Error, the solutions focused on ‘agent’s’ being a particular way, are only going to be successful for the slither of individuals who ‘are’ that particular way. By looking at systemic, environmental factors, you can create a solution that actually helps to solve the problem for more than just one person at a time.

It also means that if you are looking for solutions, you have to solve and resolve for each individual. Impossible. So, we avoid looking for individual pathologies in ‘real estate agents collectively’ and look instead to the causal factors that interrupt the optimisation of work. This is an interesting one, and it is not named after Rita’s Dad Ian Campbell. It’s a bit hard to get your head around at first, but once you do it’s like – BAM! Campbell’s Law tells us that as soon as you take one ‘number’ as an evaluation of human behaviour, it immediately loses effectiveness because humans will figure out how to cheat.

Think about the ‘numbers’ that guide our measure of success as agents and property managers. GCI for sales; the number of properties under management for PM.

GCI earned by a team of seven supporting one agent in a lucrative market is gamed against the GCI of a single agent in a blue collar area. Likewise, a Principal that co-lists with all agents to boost their listings count and GCI allotment; some people say it’s cheating but it is actually just Cambell’s Law in action and our ability or desire to ‘beat’ the system.

The same thing goes for a lead property manager with 350 properties in a portfolio supported by an offshore team, a leasing officer and a BDM is gamed against the average PM plugging away with a portfolio of 100.

One hard numerical (quantitative) statistic to describe a complex array of human work, according to Cambell’s Law, is immediately ineffective because people will cheat it. In fact, once they start cheating in – the game becomes impossible for others to win. Some further reading for advanced players will be to have a look at Social Comparison Theory to see how the unfair measurement of one person to their peers has on a person’s self-confidence and self-efficacy. At some point in our evolution, our brain decided to release a very powerful drug in our brains to coincide with ‘reward’. We didn’t know about it until 1957, but it basically has been causing humans to do ‘stuff’ that was rewarding since we were drawing pictures on caves.

The ancient body shoots this high across out synapses when we do something where there is a perceived reward, regardless of whether we actually enjoy that activity. Case in point, the Facebook newsfeed. The anticipation of a piece of news keeps us scrolling and releasing dopamine in small doses, even though we know from a lot of studies, that people actually feel worse after a long session on Facebook. Same goes for the tiny little dopamine bursts that drive otherwise intelligent humans to play Farm Heroes, Candy Crush and Subway Surfers. Oh the hours.

When you are playing for a reward, in a video game, or in life – you have to have that reward connected to the activity you are performing. Financial incentives, as dopamine inducing rewards, work in factories where workers can control and influence their rate of output directly. They do not work for the long term ‘grit’ required to perform activities towards long term goals. Freud was not right about a lot of things (cigar, anyone?) but he did get one thing right – the concept of dynamic defences. Modern humans have a perceived social identity, which Freud describes as the ‘ego’, when something threatens our ‘ego’ – like the prospect of rejection at the end of a prospecting call -our dynamic defences deploy to stop us from doing something that might damage our ‘ego’.

It is the same emotional response as the physical response that our brain has to stop us putting our hands onto a hot surface. It is protective and we avoid the ‘dangerous’ task.

It’s why telemarketing seems easy to anyone who hasn’t done it, or doesn’t do it regularly. People who think real estate agents are ‘lazy’ or ‘unmotivated’ because their dynamic defences are working are making an Attribution Error – see above. On the subject of identity and ego, it wasn’t as big of an issue for our great-great-great grandparents because ‘who’ you were as a person was easy to identify: by your job. So much so, that your clothes, tools, friendship circle were associated with your work – Bakers wore particular hats, clergymen wore collars and military wore uniforms, farmers wore work clothes. So much so, that your surname is probably tied to what you did for a living: The Smiths are metal workers, for example, and the Coopers made barrels. There was no painful adolescent period where you ‘found yourself’ and worked out what you wanted to be…you simply were a child, then you did what your father or mother did, or you joined the church. Simple.

Now, though, we create our identities by the choices that we make. Not just what we do, but what type of company and brand we do it for. Fashion tells us who we can choose to be by aligning with certain labels: we label ourselves with the labels on our clothes.

Everyone has an idea of how they would like to be identified or perceived by others – and so our consumption choices echo that whether we are smart, sexy, alternative, or rich. We all want to project an identity to our social world that reflects who we want to be. It’s why Louis Vuitton makes handbags, not toilet paper. One of those things is consumed in public and one in a very private arena…there is no market for show-off toothpaste, but something very unsustainable about not brushing your teeth.

It explains perhaps why there is such a prevalence of ego-centric agent marketing solutions, (think big photos on signboards,) compared with good old-fashioned relationship management; Why we so often see the focus on the Instagram account over the bank account.

HOW DO WE OPTIMISE?

With RITA’s help, we are busy building a future of work that allows humans to work optimally, but also to enjoy their work…human first engineering which those using RITA can already experience with her current capabilities. Meanwhile, here is probably a good summary of things that will help improve performance in the human agents and agencies you know – more than simply asking agents and PMs to ‘want it more’ and ‘work harder’: