The Moneyball Model of Real Estate 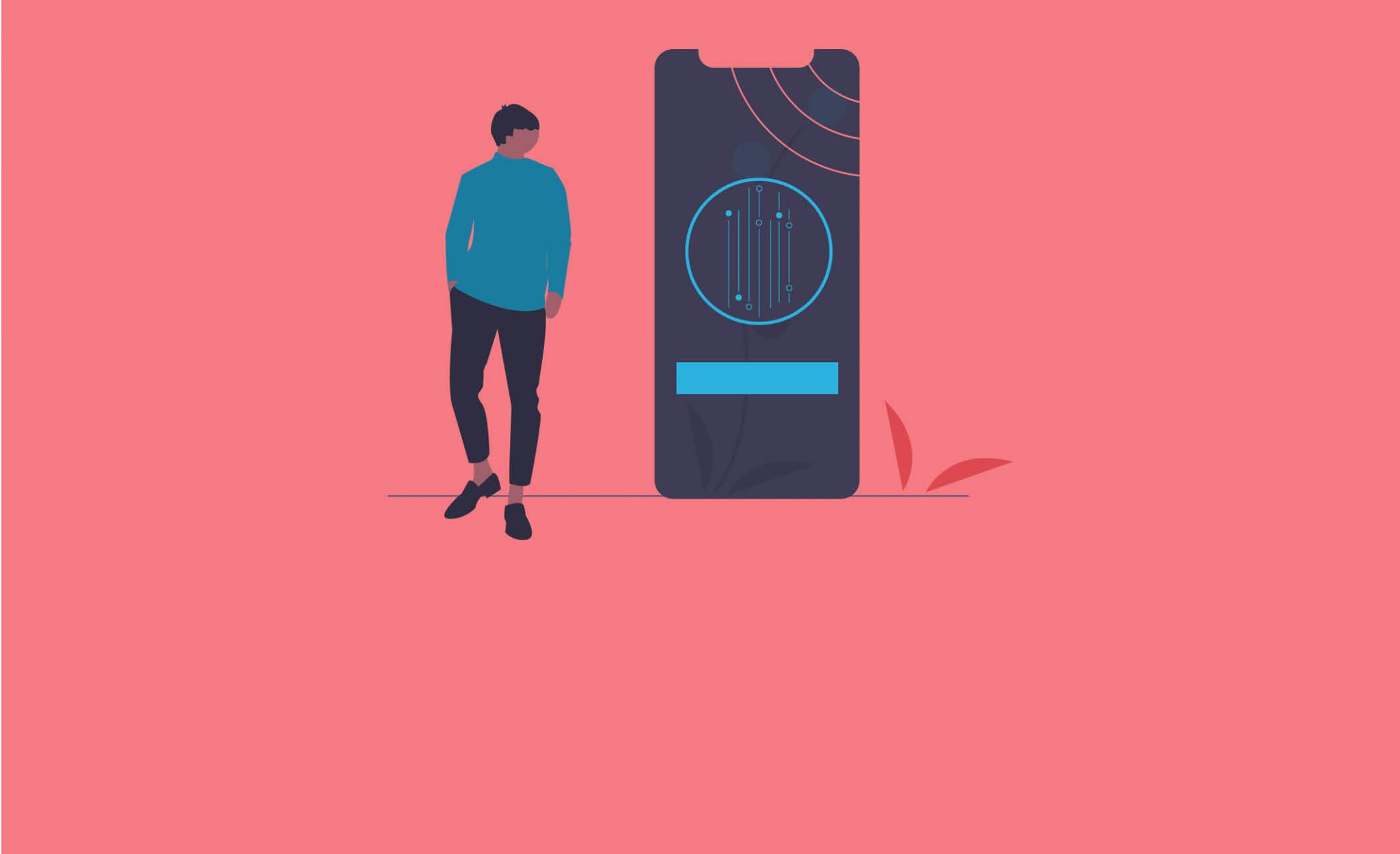 At Aire, we make a Digital Employee powered by artificial intelligence so it goes without saying that hard maths is something we are comfortable with: like needing-to-download-special-calculators-because-the-numbers-are-too-big comfortable. We have to be comfortable with complexity. Data science underpins what we do and it is how we make Rita so simple to use.

So when we were challenged to “Moneyball” real estate…we figured we were up for it.

For those of you who are fans of neither Brad Pitt nor baseball and haven’t seen the film, here is some context. Moneyball is a film about the attempts of the coach of the Oakland Athletics baseball team, Billy Beane, to stack a team of non-superstar players to be competitive and victorious in the world series – using a specific type of statistical analysis.

Sabermetrics is a field of mathematics, specifically devoted to the in-game performance of baseball players.

With limited funds for new talent and their superstars departing for other teams, Beane (played by Pitt) and his GM (played by Jonah Hill in the film), set about using sabermetrics to acquire undervalued (cheap) players from other teams – looking to fill gaps and enhance their own roster – on a budget and before anyone else could figure out how to do it, too.

Sabermetrics, in its modern form, was pioneered by a mathematics researcher named Earnshaw Cook and published in a book called Percentage Baseball.

The field accepts that within the baseball diamond, there is a measurable and finite number of mathematical outcomes in the game. Like games of skill such as chess or poker, there is, in baseball, a mathematically correct move in baseball for every ball position, every player on base, and every variation such as wind condition. There are batting measurements, pitching measurements and fielding measurements that reduce the game to a literal exact science.

So, before we look to the application of this to real estate, we need to agree that the term “Moneyballing” as a verb is going to apply to attempts to control all of the controllable variables in an activity, in an attempt to predict or control the score (which is the outcome).

THE MONEYBALL MODEL FOR REAL ESTATE

Here is our mathematical model for real estate.

We need to put limits on ‘the game’: because there is no scorecard, and no clear “other team”…just a lot of other teams…some of which may be in your office team. So, for the sake of defining what a “winning” outcome would be, we are going to use $1m GCI, on the basis that the majority of agents wouldn’t sneeze at it…and we need some objective score – that is numeric.

The outcome to win is to transact property at a volume that awards the agent $1million in Gross Commission Income (GCI).

The dual objective of the game is for a seller to authorise the agent to represent them in a sale process and for a buyer to offer a price for a property that the vendor is prepared to accept: this converts to a transaction which converts to GCI.

The process metrics are based on human decision making – the choices made by sellers and buyers towards the outcome of a transaction. As a third party (an intermediary) to the transaction, the real estate agent must be engaging with the decision makers.

EXPRESS CHECK OUT: If you don’t want to get through all the explanation…you can skip to the result under the heading “In 50 words or less” 🙂

An agent in the Queensland Suburb/Town of Zillmere.

The MEDIAN house price in Zillmere was $465,000 at the time of writing this. We choose a median, as the most typical type of property rather than a strict average (mathematical mean) because often a large sale or development site will distort the mathematical average.

Value of a transaction:

Most Brisbane green belt agents (similar players) are charging around 2.5% gross commission plus GST. At a median price of $465,000, the average transaction value is going to be $11,625.

The volume of transactions needed to ‘win’:

In Zillmere, we are going to need to do around 86 transactions for an outcome of $1m GCI. This is just over 7 transactions a month, assuming an even spread of transactions throughout the year.

The player will need a 27% market share to get 7 transactions a month, each month.

This is important. Just as in baseball where the foul balls don’t count – in real estate, players can’t score GCI for listing properties, it only counts when selling them. Zillmere had 56 withdrawn listings in the previous 12 months.

The player will need 102 listings with a success rate of 0.85 to make the 86 transactions.

This statistic will vary player to player but essentially measures how good the player is at converting listing presentation opportunities to listings. Good agents, even great agents don’t win every appraisal they show up to. Good agents sit at around 70% conversion.

To get 102 listings, with a 70 per cent ratio of converting appraisals to listings, the player will need 147 listing presentations, legitimate appraisals where the vendors go to market.

Different to market share, this is the measurement of the number of property owners that player will need to have a relationship with in order to be a party in the decision to go to market. Based on the gross opportunity number for Zillmere (384) and the volume of listing opportunities/appraisals required to win, the player will need a relationship share of 38% of the property owners of Zillmere.

The ideal contact frequency will vary contact to contact, but if we set a maximum spread of contact as 90 days, there will be a minimum touch point between player and homeowner four times, and evenly spread throughout the calendar year. Think of this 90-day cycle like a baseball inning.

Most sales agents (players) work a six-day week. Yet, for most, Mondays and Saturdays are for short-term transaction management (admin and negotiating transactions). Taking out Saturdays and Mondays for the short game, and taking Sunday off the roster for recovery (ballplayers do that too,) the 90 days cycle actually of relationship management has to be executed within 52 days.

1521 relationships every 52 roster days equates to just over 29 (let’s call it 30) relationship touchpoints every Tuesday, Wednesday, Thursday and Friday.

According to the Moneyball Model, the player in Zillmere will need to make 30 personal outbound contacts across 1521 property owners in a 90-day cycle, 4 times across the calendar year to ‘win’ the game, achieved by $1m GCI.

In the original Moneyball, after the Oakland A’s success, all the teams hired people who were good at hard maths (“quants”) in order to compete. The Boston RedSox adopted the sabermetric approach and won the championship 2 years later. Now everyone is Moneyballing.

Percentage baseball is why baseball has two types of scoring, now.

The first one is the official score of runs. Whoever has the most runs at the end of the final innings, wins the game of baseball.

The second type of scoring is an error score. Based on the precise “correct” outcome of the scenario, there is an error score kept (in various ways such as Wins Above Replacement metric) that can normalise data around performance and rank the performance of individual players, as well as within the team context.

The power of Moneyballing (which is essentially data analysis) allows for the precise control of controllable circumstances in a game unless you are Moneyballing, you are relying on hope. In the words Vince Lombardi (jumping sports for a moment for effect,): “Hope is not a strategy”.

MONEYBALLING IN THE 21ST CENTURY

No one needs a “quant” (quantitative data analyst) these days because Ai and machine learning means that all of the variables can be quantified for coaches to work out which players to put on the batting card, which pitchers to put against which batters and every fielder should know which base to throw the ball for maximum advantage. Such are the rules of baseball – certain and finite.

At the risk of tooting our own Airehorns (see what I did there,) this Moneyballing is exactly what Rita can do for agents. Think of her as personal Ai to help you use your data to Moneyball.

Using her Campaign Of One service, she can plug into your CRM and lets you know who to call, and a purpose for the call to maintain that relationship currency, across a variety of different engagement strategies. It is like having Jonah Hill’s character from Moneyball running the numbers every night while you sleep and you wake up to a fresh ‘play’ each day for maximum impact. With Rita as your personal Ai in real estate, you don’t need to think, you just need to bring the effort.

So why don’t we just get robots to play the game to its predetermined mathematical end?

The ultimate winner of a baseball game, in the evolved game of baseball, is the team that can control the controllable (thanks Moneyball,) AND leverage that technology so that they can exploit human error of the other team.

In our game of real estate, transactions are dependent upon the decision making of third parties. The human error element is NOT making the phone calls or maintaining the personal relationships that lead to transactions. This might be doing nothing or this could be making the mistake of outsourcing relationships to bulk email or personal assistants or virtual assistants (offshore humans).

Realestate.com.au reported in 2018 that 25% of seller enquiries and 48% of buyer enquiries went unanswered through their portal. Human error. Human opportunity for those who can deliver.

MONEYBALL IS THE BASELINE

Moneyballing shouldn’t be thought of as optional for those seeking to ‘win’ in real estate – it is what the winners are doing and it should be the baseline.

The error score in baseball reflects the opportunity that presents in how the game is played versus how it should be played. How many agents aren’t playing the game the way they should be? Are you?

The new competitive advantage doesn’t lie in statistical analysis – not now that Rita can do that for you (toot toot on the Airehorn again).

The new, and arguably only competitive battleground left for real estate is to differentiate based on customer service delivery: the currency of that is the quality relationships.

When all other agents have hidden behind screens, you should be playing the game and positioning yourself in the pre-transactional space so that you are positioned to exploit the error of other players, who aren’t focussed on relationships.