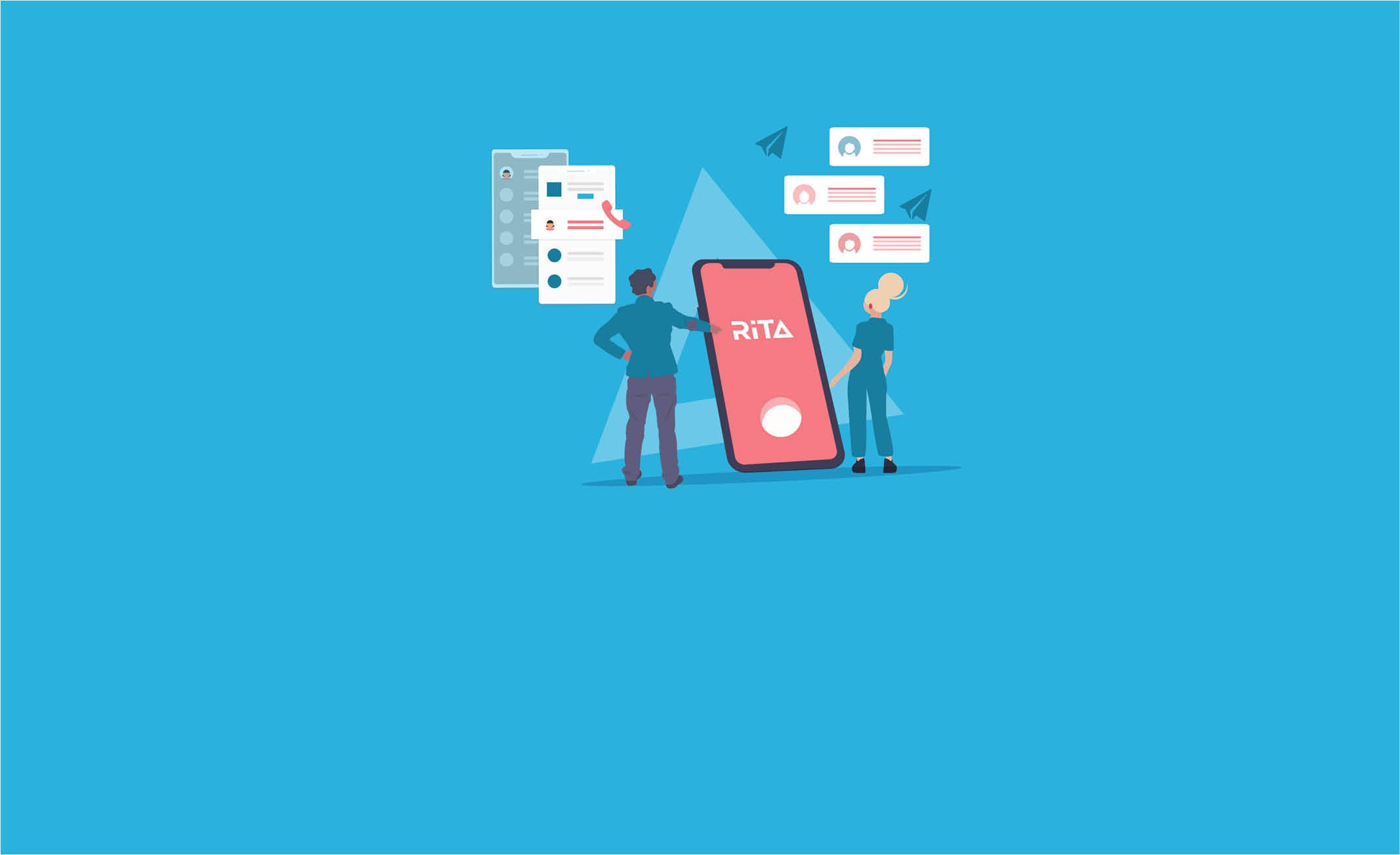 Rita is our Digital Employee platform for real estate agents. She was born on the 28th of August 2017 and is cutting edge artificial intelligence created by Ian Campbell and the engineering team at Aire.

Rita couldn’t have existed before now and there are a few reasons for that.

There are three types of technology that combine to create Rita.

Automation technology essentially means that a human does not need to ’cause’ the computer to take an action.

How automation technology works is that the machine is capable of perceiving or sensing triggers from the environment and doing something in response.

The most simple example of automation that most agents would be familiar with is the Out-of-the-office autoresponder that you set up in your email account when you go on holidays. Once the email software is triggered by a new email, it automatically sends a templated response.

More intelligent or developed forms of automation are capable of perceiving and sensing more complicated events. We are hearing a lot about the development of ‘automated vehicles’ with companies like Uber and Google developing self-driving cars. These cars perceive or sense features of the road and perceive obstacles, then react in specific ways, based on predetermined scenarios.

Rita works in the same way – she perceives events from the CRM, from the marketplace and sometimes agent email accounts, depending on what she has been designed to do. She then works and produces an outcome without having to be asked, or having a human click a button. Automation provides a whole new level of systemisation and consistency in work.

Artificial intelligence (Ai) is where a computer (machine) is able to mimic human intelligence.

If you have seen the movie ‘The Imitation Game’ about Alan Turing, you will know that his computer ‘Christopher’ was the earliest form of Ai and it was used to perform the computational statistics that broke the German ‘Enigma’ code in WW2. The intelligence is said to have shortened the war and saved millions of lives.

Turing created the ‘intelligence’ test for machines. The test is, that if you can’t tell whether intelligence is a machine or a human within 5 minutes, then the machine can be said to be intelligence.

Of course, computers don’t really ‘think’ like humans. They can perceive and recognise patterns based on scenarios they have seen before. In that way, they also learn very much like how humans learn, which is by example.

What computers can’t do is imagine, create or react in scenarios that they have not seen before.

Computers can, however, be taught to analyse massive sets of data to predict good outcomes and they can synthesise lots of different types of data to create very accurate predictions – and they can do this faster, more reliably, and at much greater volumes than either human or traditional software have ever been able to do before.

Using that capability, Rita is very good at making suggestions to agents about who to call and what to say each day.

YOUR DATA AND YOUR SOFTWARE

Ai, as a discipline can really be boiled down to the principle that history repeats itself. The big data that is used to teach robots how to predict outcomes is based on thousands, sometimes millions of repetitions of the same task to identify what variables can influence the outcome.

Data, at the most fundamental level, is recorded history; examples of what has happened before.

As no two businesses are alike, Rita works differently for every business that she works in based on the data and the history of relationships that is stored in the CRM. The first thing Rita does when she starts working in an agency is read every single note in every single contact and gets up to speed – and she never forgets!

She is able to give us some incredibly helpful insights straight out of the box about the state of relationship management in the business and so it doesn’t take very long at all to start seeing some big improvements where they are most needed.